As a seasoned marketer - you already know that video content is the way to go to up your marketing game. However, it’s also no surprise that competition is fierce across all industries.

On top of that, keeping users engaged is becoming incredibly tricky. Did you know that, according to a study by Microsoft, the average attention span of a human being is just 8 seconds?

In fact, you should aim to capture the attention of your audience during the first 3 seconds of your video. After all, 3-second video plays is one of the KPIs that Facebook relies on.

So what’s the secret when it comes to generating engagement on social media with your video content, you ask? Psychology is the key here. Knowing how the human brain works and processes emotions is essential as it will help you create content that captivates your audience from start to finish.

This guide will tell you everything you need to know about using psychological hacks to create engaging videos for your online marketing strategy. It includes 10 actionable tips that you can include in your videos to make that engagement rate skyrocket 🚀

Here is how to create engaging videos using 10 psychological hacks

As we mentioned earlier, your first goal is to capture your audience’s attention. Fast.

The best way to do so is by taking advantage of the information gap theory of curiosity, which was developed by George Loewenstein in the early 90s. This theory claims that curiosity is a fairly simple process: it relies on the gap between what we know and what we want to know. The mental consequences of this gap are that not knowing something ends up feeling like an itch we want to scratch.

Check out this Wired article to find out more about this specific theory.

This means you should make sure that your video has a catchy title that sparks curiosity, and that its first 3 seconds are intriguing enough to make the audience keep watching to fill a specific information gap.

Need inspiration? This Vodafone Ireland campaign relies entirely on the concept of curiosity!

Speak to their emotions 💕

Tapping into people’s thirst for knowledge is one way to use emotions to your advantage, but there are many others to explore as well.

Several studies have been conducted to find out what specific emotions make people want to watch and share a video—which means the video might go viral as a result.

According to the Harvard Business Reviews, the emotions that are most commonly found in viral content are usually positive, and include:

Try to create your next video with one of these emotions in mind and see how it performs!

Take a look at this Guinness video released during the first wave of COVID-19 to get inspired:

Remember being read bedtime stories as a kid? Humans have been using telling stories as a way to communicate forever. After all, they make things easy to remember and take their listeners—or viewers—on a journey that triggers emotional responses too - engaging videos work in the same way.

In fact, according to a Berkeley study, character-driven stories cause oxytocin synthesis—oxytocin being the “love hormone”. And conveniently, every brand wants to be loved!

When it comes to marketing, stories help increase likeability and trust. And this, in turns, will make your audience more likely to make a purchasing decision.

To do so, you could focus on your company’s own story, involve your team members or, like AFLAC and its infamous duck, you could create a recurring character to embody your brand. Just let your creativity run free!

Here’s another example by Gillette that does an excellent job at using storytelling:

When watching a video, the last thing internet users want is a brand being obviously salesy and pushy with promotional content.

Video content is your chance to show the human side of your company by generating emotions.

If viewers feel like you are authentic and transparent in your video, they are more likely to identify with your brand or product, which means that their chances of converting will be higher too.

Instead of treating your video like a sales pitch, try using this format to show who your brand is and what it stands for.

By explaining the process that led to the creation of their product, mattress brand Casper made a genuine and authentic video to convince potential buyers:

Think about it… Would you be more likely to trust a recommendation from someone you know or an overly promotional video?

As a brand, your goal is to build trust among your target audience. To achieve this, it is sometimes better to let someone else tell your story for you.

Here’s a quote we really like by Robert Cialdini, who wrote Influence: The Psychology of Persuasion:

“If you can get people who are similar to the person you’re trying to persuade to speak on your behalf, it’s a lot easier for you than if you have to try to hammer your message one more time into a reticent mind.”

When it comes to your videos, you could feature testimonials by happy customers or even work with influencers to help spread your message.

Here, Tesla relies on user reviews to highlight their own authenticity:

FOMO (“Fear Of Missing Out”) has become classic internet speech in the social media age.

This acronym is used to describe what someone feels when seeing that their friends are doing something more fun than what they are doing themselves.

As a brand, you can use that feeling to your advantage: if your video is about a specific promotion or a new product, create a sense of urgency by implying that time is running out or that the product is likely to sell out quickly.

Alternatively, you could simply focus on what makes your product or service special in your video.

Check out this example by Visit Pittsburgh for inspiration:

Ever heard of the Baader-Meinhof phenomenon? Also called the “frequency illusion,” it describes the fact that once you encounter something new, you suddenly start to notice it everywhere.

In marketing, this frequency illusion is a cognitive habit that can easily be harnessed. It can be as simple as featuring your logo everywhere in your communication. To go one step further, you should also make sure that all video content reinforces ideas, topics, and concepts that your audience identifies with.

What this means is that you should essentially be telling similar stories in different ways. This will allow you to create a frequency illusion within your audience which, in turn, will help you generate sales.

An actionable tip here would be to create videos that are tailored for social media and inspired by your current TV campaign.

We just mentioned making sure your audience identifies with your audience. Fun fact: research has shown that consumers perceive the same type of personality characteristics in brands as they do in other people.

These attractions are emotion-based, and what better way to trigger emotional responses than with a video?

To make sure your video resonates with your target audience and generates engagement, it should express what the audience thinks or describe something they’ve experienced better than they could.

Some ways to make your brand more relatable include aligning with themes that are currently important in society, sharing your personal journey or that of your team members or taking a stance on a current issue.

Ben & Jerry’s are known for being a socially conscious brand and this video highlights this perfectly:

Let us break it down for you: to put it simply, reverse psychology means advocating for an idea or behavior that is the opposite of the one desired. The expected result of this approach is that the audience will do what is actually desired in return.

In marketing, this means avoiding telling people what to do and letting them make their own decision instead. The opposite of a sales pitch, if you will.

This can simply mean using a phrase like “you are free not to”, or you could opt for a more intricate idea.

A great example of a campaign that used reverse psychology in a subtle, yet incredibly efficient way is Dove’s Real Woman campaign.

Here, instead of focusing on the effectiveness of their beauty products, they decided to highlight the fact that women are beautiful as they are. A big, bold winning bet!

Warning: this last tip should only be used with caution! 💣

"Controversy sells.", as they say. Or "all publicity is good publicity."

While we wouldn’t recommend creating video with controversy as your only end goal, what we mean is that your brand should dare to stand up for its values.

It has been shown that Millenials and Gen Z consumers like it when brands are vocal about social issues. As a company, you could take the decision to focus your next video campaign on a value that is important to you, even if it might seem risky at first.

A great, recent example of this would be Nike’s “Believe in Something” campaign video featuring ex-NFL quarterback Colin Kaepernick, who inspired a player protest movement by kneeling during the national anthem during games.

While it did spark a big debate, the campaign ended up generating over $43 million in free advertising for the brand, and its stock price even reached an all-time high after the ad was released.

This is proof that controversy can have positive consequences after all.

Now that you know everything about using psychological hacks to your advantage to create engaging videos, why not try out these tips in your next campaign?

And if you would like to start making your own engaging videos, you can try PlayPlay for free for 7 days! 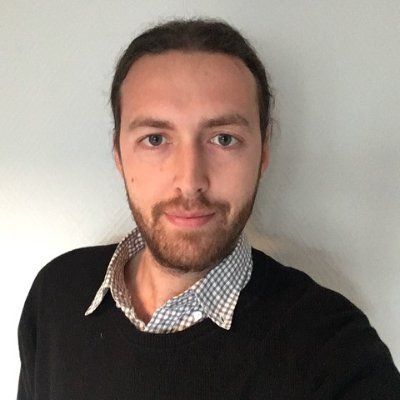