Did you know that more and more B2B brands and corporations are creating documentaries to connect with their audiences?

In fact, it’s called ‘documarketing’, and it’s been on the rise since VOD (video on demand) services like Netflix and Prime Video took off. Brands like Patagonia and Apple are all producing original documentaries, films, and television content under the namesakes Patagonia Films and Apple TV+.

Why? Because branded documentaries are known for evoking the audiences’ emotions, and oftentimes, eliciting actions or changes in behavior or perspective after watching.

That’s why more and more businesses are adopting mini documentaries and short films in their greater content marketing strategy. In this article, we’ll cover the following topics to help you understand the what, why, and how of producing a documentary – as well as to determine whether your brand should invest in this type of production.

An introduction to mini documentaries

Mini documentaries are essentially short documentaries. Whereas a feature-length documentary can run as long as a full-length motion picture, mini documentaries can be as short as a few minutes long, though they typically run between 10 - 30 minutes in length. Another similar type of documentary is the docuseries, which tells a complete story over several episodes that are also shorter in length.

What a mini documentary is not

It ‘can’t feel like a commercial,’ according to Digiday, “​​if a film or series feels too much like an ad, then not only will audiences be less likely to buy tickets to watch a film at these locations, but a platform like Netflix or Amazon will be less likely to license it for their streaming services.”

Are mini documentaries worth the investment?

Before you promise your CEO a branded documentary by the end of this quarter, you should know that: documentaries can range in production budget and time- meaning they can take up a lot of resources and time, but there are alternatives (such as shooting it completely on your iphone).

Although the length of the film does correlate directly to the cost of production, mini documentaries still often require a hefty budget and time to execute.

This is due to the pre-filming preparation and specialized video equipment necessary to create cinematic quality film, on top of financial compensation of cast and crew, marketing spend for promoting the film, and other expenses.

Despite the higher cost of production, mini documentaries are a valuable and unique type of content that can bring great benefits to businesses that put the right effort and resources into creating them.

Why mini documentaries can help engage your audience more effectively

Compared to video ads and video marketing content whose purpose is to convince and sell, documentaries exist to educate, inspire, and create a connection. Through storytelling with a film-like narrative, documentaries and docuseries present an opportunity for brands to show their “human side”, while creating a genuine connection with not just customers and prospects, but the world.

How to make a mini documentary in 8 steps

Now that you’re aware of all the pros and cons of making branded documentaries, let’s dive into the step-by-step guide on how to produce and promote them from start to finish, with some key best practices.

Define your message in planning + pre-production:

Start off by deciding the purpose and goal of your mini documentary. To guide this process, you should be able to answer these questions:

From there, you can begin to craft the key message and story of your documentary, and start working out pre-production details like the filming budget and what kind of video production team you’ll need to recruit or direct.

Anticipate everything in scripting, mood boarding, and storyboarding

This step is all about developing your narrative. Although documentary dialogue and interviews are supposed to be unscripted, scripts are still essential to making sure your key message is delivered the right way. There are also often scripted lines for narration throughout the film, and written details of the settings or choreographed character movements in each scene.

Mood boards are a great resource to help you explore and visualize the aesthetic that you want to create for the documentary. You can piece together different creative elements to envision the vibe and atmosphere of the film, and how that might evolve throughout the story.

Storyboarding is also an essential part to this step. The creation of a storyboard aids tremendously in determining all your scenes and shots ahead of filming and video editing. By planning ahead, you’ll save lots of time (and expenses) in both the shooting and post-production phase.

Select the right people when casting

This is one of the most important steps in the documentary-making process, because it determines the faces of your film. Choosing the right cast directly affects the success of your documentary, as these are the people that viewers need to relate to and empathize with.

Unlike acting roles, characters in documentaries are usually “real people”, not performers. Take care to thoroughly brief everyone about the topic and purpose of your mini documentary. Your entire cast should understand the expectations and requirements of being involved in the project, and have consented to appearing on screen.

To encourage character development in your documentary, you ideally want to cast people who are comfortable in front of the camera and ready to discuss their thoughts and feelings honestly in front of an audience.

Gather proper video equipment to get the best results

The camera doesn’t make the movie, the filmmaker does. That being said, using and sourcing the proper equipment is still very important. In addition to high quality video and audio, you need to make sure that you choose gear that is physically appropriate for your shooting conditions. For example, if you need to shoot lots of footage in or around water, use water-resistant equipment when possible.

For specific recommendations on the best video making equipment (i.e., cameras, microphones, and lighting gear) based on budget and experience level, check out this in-depth guide.

You don't need multiples of the same type of equipment if it becomes redundant. Invest in gear that produces the best quality output within your budget–it will make a difference.

Take the time to find the right location(s) for all your shots. This includes leaving enough time to ensure you're allowed to film at specific premises, many of which require a permit or written consent to film onsite.

Once you’ve scouted a viable location, do a test run with your equipment onsite before you officially start shooting. Make sure any technical problems or restrictions are resolved before the entire crew and cast arrive on-set, so everything is ready to go and no time is wasted.

Film, then film some more

Once filming starts, aim to capture as many different kinds of shots as possible, including:

Try getting diverse shots with unique angles, lighting, and positioning to create more dynamic and creative perspectives in post-production.

Sometimes you might find yourself missing a certain type of footage, but too tight a schedule to film additional scenes. In this scenario, you can consider using archival footage to save time and budget on production.

Get the perfect shot:

Shoot the same scene multiple times if needed, especially when it comes to A-roll and complex shots. You’ll have more footage to work with in post-production, and this reduces the likelihood of needing to reshoot the entire scene at a later time, which can be extremely expensive and time-consuming.

Jazz it up in post-production

Save time by bringing your storyboard back into play here. Follow it as a guide when editing your footage to set the order of your scenes. Don’t forget to add transitions between the different scenes to make the pacing more fluid and natural. Great transitions are key to enhancing emotions and maintaining the momentum of storytelling across the entire film.

Other useful elements to add to your footage in post-production:

You’ve made an amazing documentary, well done. Well, you’re not quite finished yet. To wrap up post-production, you’ll want to produce a trailer alongside the final documentary to use for the promotion and distribution of your film. The distribution stage is just as important as the film itself, because if not enough people see the product of your blood, sweat, and tears -- you ‘re not getting the most out of it. Consider the following aspects when developing and executing your marketing strategy:

3 examples of great brand documentaries to inspire you

Here are a few examples of B2C and B2B brands who’ve created deeply moving mini documentaries and docuseries that inform and inspire. Take a closer look to explore their design, learn why they work, and even find some inspiration for your own future works.

During the COVID-19 pandemic, many stories have gone untold, including those of countless essential workers who have kept their cities fed and running during lockdowns and quarantine. Mailchimp partnered with media publisher VICE to create this 5-part series on the daily trials and tribulations that American essential workers have faced during the height of COVID-19.

Each episode is 8-12 minutes long and features different individuals’ stories, making them each a mini documentary in their own right. The pandemic is a historic event that has affected everyone across the world and changed the lives of many, albeit each in their own way.

This makes the series a very powerful and emotional subject for viewers, as they have a real connection and shared experience–perhaps even similar stories–with those featured in the documentary. Mailchimp’s docuseries tangibly captures the reality and struggles of these events as they’re still unfolding today. Mailchimp effectively reaches viewers on a deeper emotional level, while also promoting their work in helping small businesses adjust to the “new normal” of living in a post-pandemic world.

Learning Audrey is a 6-episode docuseries that follows Audrey’s journey as she internally transitions into a new role at 360 Learning. Although internal transfers are commonplace in career growth, this documentary piques the curiosity of audiences through intimate conversations and unscripted thoughts from Audrey. Many company culture and recruiting videos can feel quite staged, but 360 Learning creates an earnest and realistic narrative that mixes both personal and professional wins and struggles.

Episodes are each 5-7 minutes long and structured in a way that viewers follow the progress of Audrey’s performance in her new role and gradually discover if she is meeting her manager’s–and her own–expectations, which makes this docuseries exciting and addicting to watch.

Patagonia is an outdoor apparel brand well-known for its corporate and social responsibility initiatives. Over the years, the company has produced numerous environmental films, from mini documentaries to feature-length films. Fishpeople tells the stories of diverse individuals around the world, who each live in harmony with the ocean in their own unique way.

From a father and daughter in Hawaii with a shared passion for freediving, to a Californian who has a near superhuman ability to swim in frigid Antarctic waters–this film gives viewers an intimate look into the lives of these extraordinary people, while simultaneously reinforcing the brand’s core values.

This documentary does an incredible job of choosing a cast and telling stories that authentically embodies the Patagonia brand ethos: to respect and protect nature while coexisting on this planet.

“The line between marketing, journalism and entertainment isn’t getting any sharper, and branded documentaries are no exception.” according to Cognitive Films.

In order to truly capture audiences today and make them loyalists to your brand, it’s no longer enough to educate, inform, and market to them. You need to engage and move them the way good films move moviegoers, and that’s where mini documentaries can be your champion.

With an intuitive video making tool like PlayPlay, your communications and marketing teams can create mini-documentaries in-house. Why not try it out? Start a 7-day free trial today. 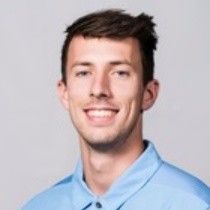 French-American Optimist. Love People, Data, and Paragliding (The Big-Three, as the call it...)